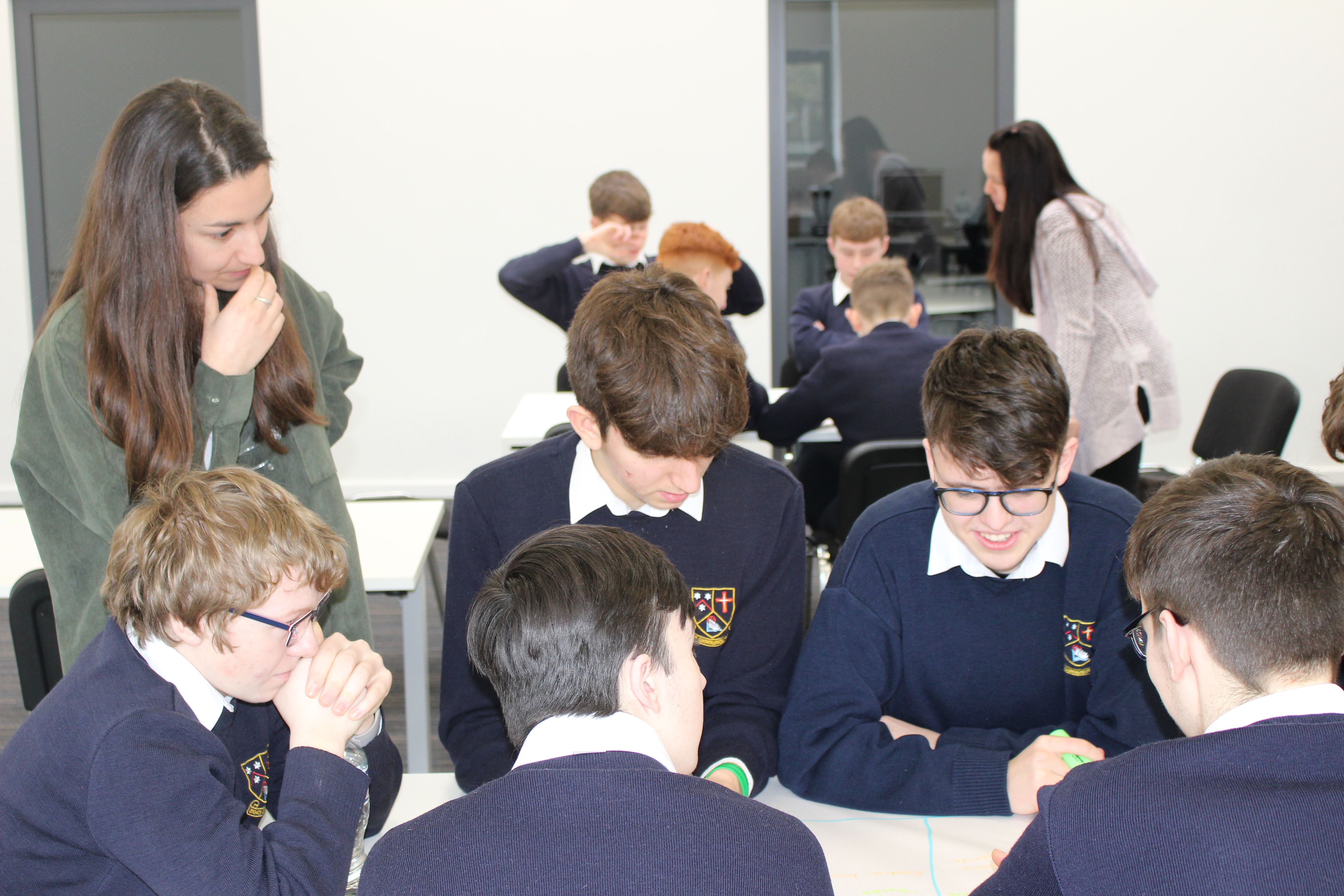 Posted at 23:25h in News by Louise Kelly
Share

On Thursday 10th March Irish Manufacturing Research, together with the Industry4.E Lighthouse, invited 50 Transition Year students from Lucan C.C and Moate C.S to their site in Mullingar, to take part in their highly successful Outreach program. The program is designed to promote STEM and enable students to interact with scientists, engineers, and researchers and gain insights into possible career opportunities.

Mark Hartnett, gave a brief presentation about Irish Manufacturing Research which included an introduction to “Industry 4.0” and the cutting edge technologies that have been adopted in Smart Factories.

The students took part in a Sustainable workshop as one of the main goals of these emerging technologies is to make production operate in a flexible, efficient and sustainable way. The students were fascinated by how objects are made and the impact they have on the environment.  The students were given a case study on how chocolate is an unsustainable product (socially, economically and environmentally). However, they finished on a positive note understanding Fairtrade helps to make cocoa farming in places like Ivory Coast and Ghana more sustainable by guaranteeing minimum prices and providing a premium to invest in local communities, therefore farmers can provide a better future for themselves and their families. The comparison was made to the Irish farmer’s situation and the cost of their products set too low. The chocolate example is powerful because it shows children who are the same age as the students being forced to work with extremely low wages to survive. It allows them to put things into perspective. 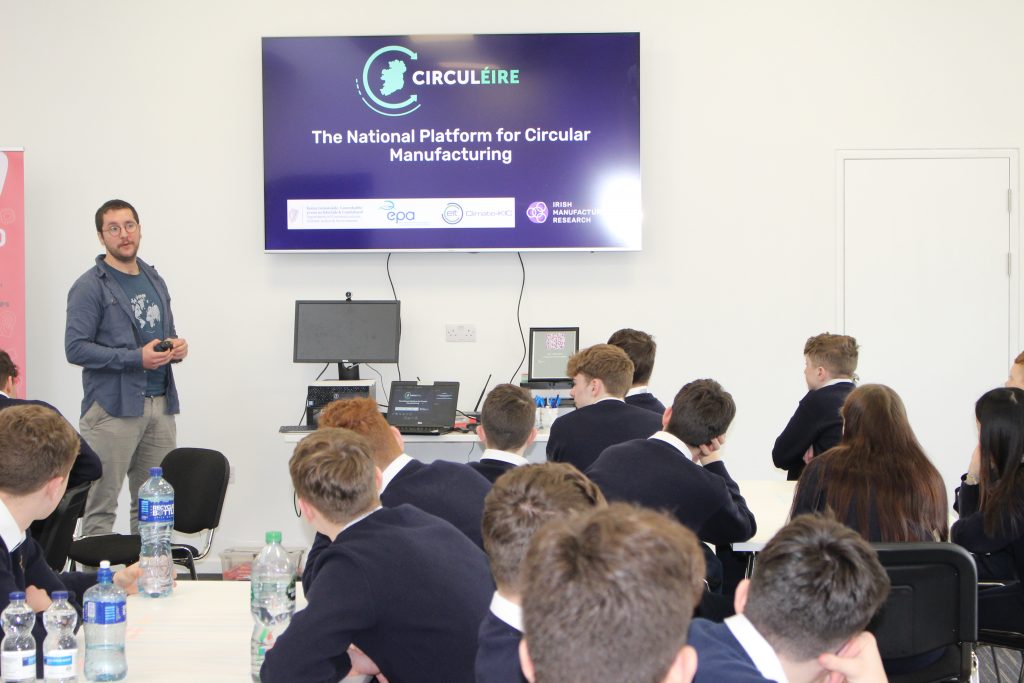 IMR Robotic Interns Brendan and Frank introduced the students and teachers to the UR 3 robot. They were shown a pre-programmed operation that involved locating, picking and placing an object.  The fundamental controls of the robot were explained and then each student was given the opportunity to take control of the robot. A short program was then compiled on movements the students suggested. As this new program was running any questions posed by the students were answered as well as a conversation about the present, and future, of robotics.

The next technology demonstrated was Virtual Reality (VR), IMR’s UX Designer Andra ran a game for the students and teachers. The students put on the headsets and were virtually at a workstation, here they could see several items and the aim was to assemble the pieces items into a product, once the task was completed correctly the game was finished. The main goal of the game was to resemble and show the public how VR can be used in manufacturing companies as a training tool.  Andra educated the groups about the impact VR can have in other disciplines such as education, product design, and architecture. Students and teachers showed a lot of interest in this technology and enjoyed the VR experience. 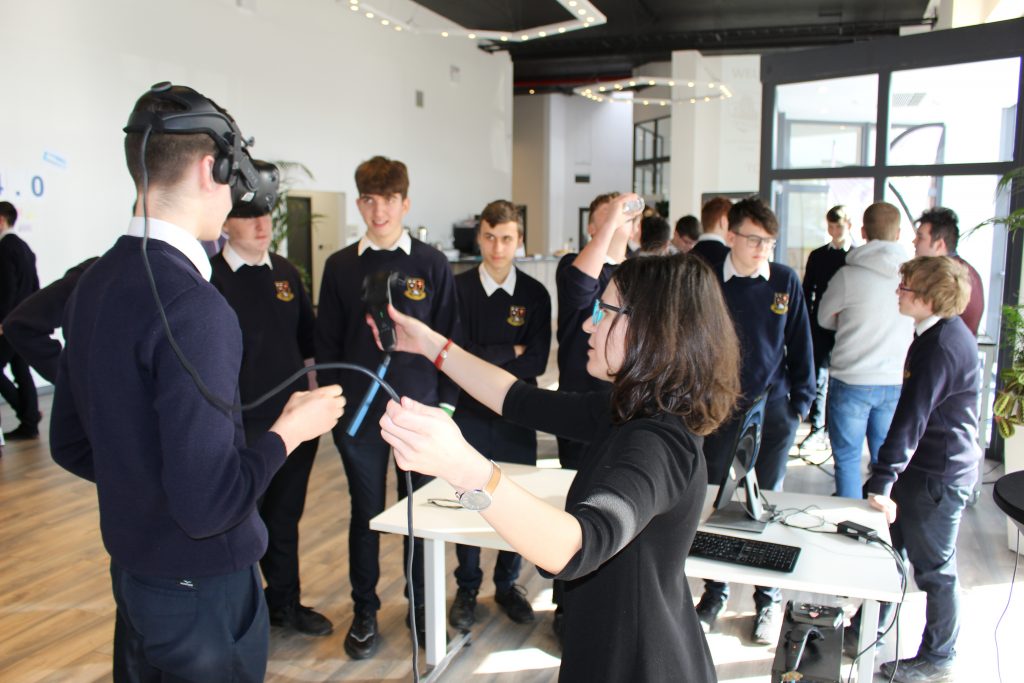 Students and teachers learned a bit more about Artificial Intelligence (AI) with Isabel, a Data Analytics Researcher at IMR. She introduced them to the AI and Machine Learning (ML) concepts through three activities. The first one resembled the Image Analytics techniques used by several companies such as Facebook to identify the person in a picture and match it with a name. The other two were computer-based games, the first one uses ML to try and guess what the user is drawing while the second one uses Neural Networks to create an association between words, the stronger the association the higher the score the player would get. Students finished the activity understanding that any AI project consists of training a computer to think by itself by giving it loads of data. The computer is then able to make predictions based on this data. 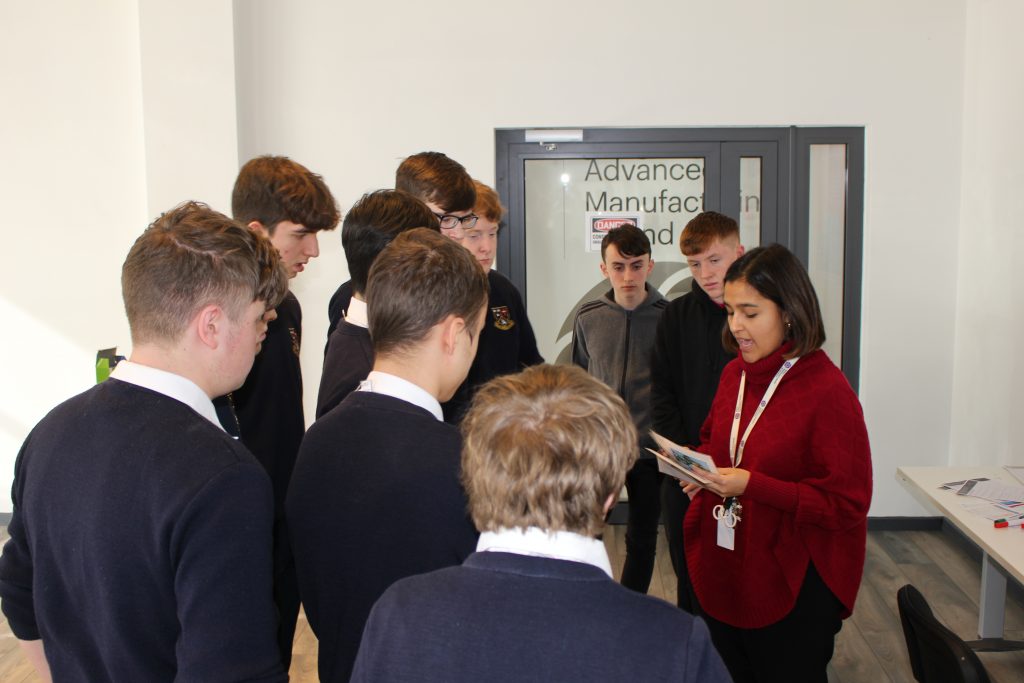 IMRs Additive Manufacturing Researchers Océane and Beatriz delivered a guided tour of the lab area and which included the Additive Manufacturing lab, the Robotics Pipeline area and the Machining area which the students received an introduction to the Hermle CNC milling machine 5-axis CNC machining gives manufacturers the capability to produce complex parts in a fraction of the time.

Check out the full photo album below: 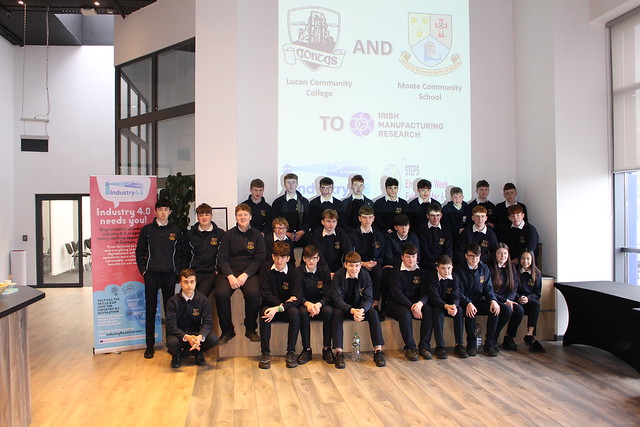 We would like to thank Industry4.E Lighthouse project who sponsored and supported this event.